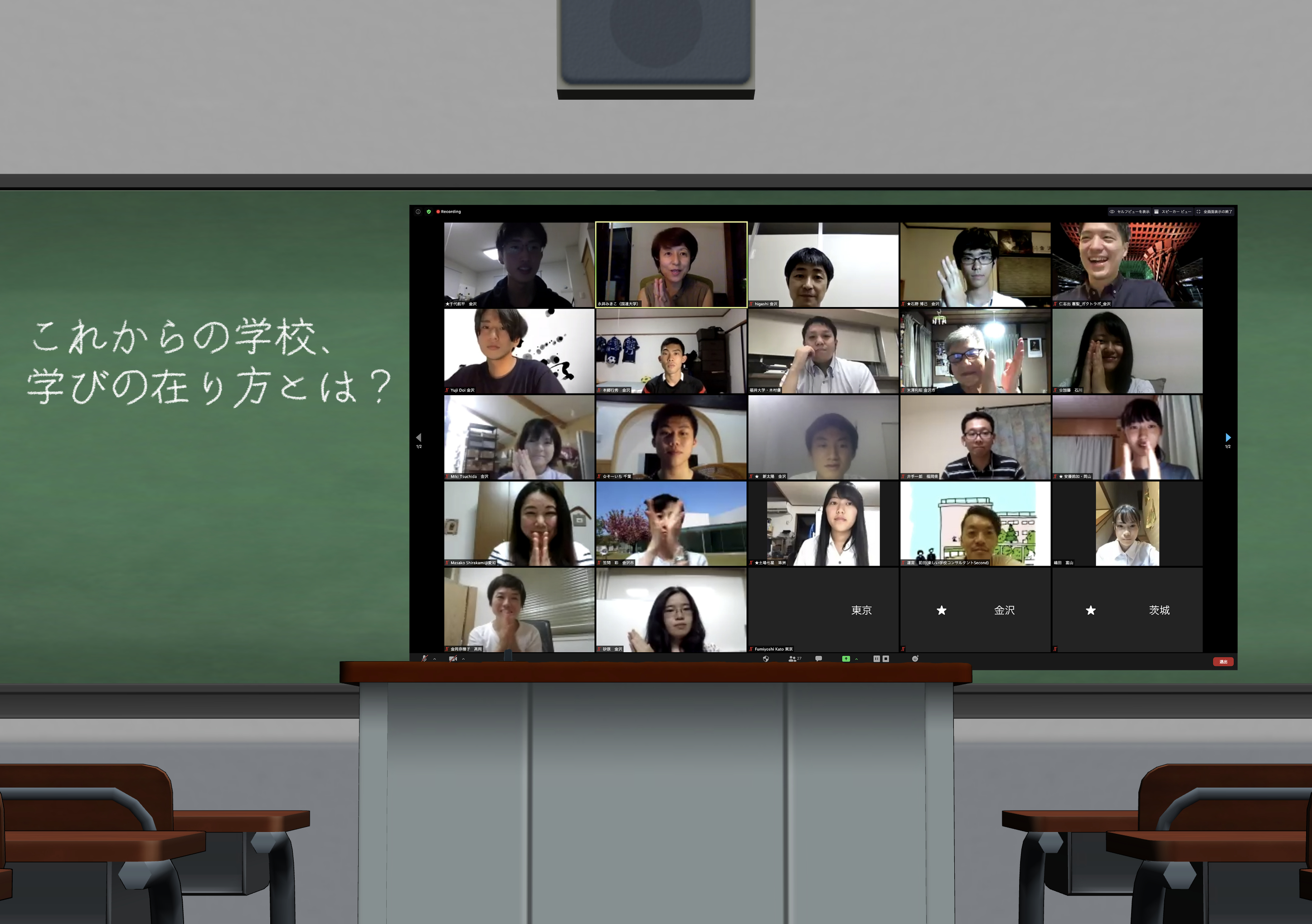 As part of a special project, we collaborated with high school students who run a seminar series to hold a two-week collaborative seminar series titled “SDGs and High School Students: The Future of Schools and Learning.”  The first seminar’s theme was “Let’s Discuss the Future of Schools and Learning from the Ground Up.” First, event planner and facilitator Kohei Sendai (Kanazawa University Senior High School, 2nd Year) explained the idea behind the seminar, saying “In the past, a uniform style of education was sought after, but in modern times diverse and global individuals and education that develops students’ individuality are in demand. With that in mind, we planned this seminar to discuss the future of learning.”

Satoshi Kimura, a Coordinator of the Noto High School Improvement Project, provided us with topics to discuss. The Project works to connect schools with the surrounding region to address issues caused by depopulation in Noto Town through various efforts, such as: increasing the number of students advancing to high school within the town to ensure the continued existence of the high schools and promote their development; and realizing and supporting student’s desired future paths. “In order to address problems that schools can’t solve by themselves, I think it may become increasingly important in the future to involve the surrounding region and local authorities by creating a system in which a coordinator is assigned to keep things moving forward,” Kimura stated.

We then moved on to breakout sessions to do group work and discuss the ideal style of education and the kind of schools that would be able to implement it. Participants shared their opinions that education should support students’ interests, and that instead of requiring only intellectual learning schools should also help advance students’ skills in order to establish their identities.

The next week, we held the second part of the seminar with the theme of “How are Other Prefectures and Countries Thinking about Education? Let’s Examine Precedents and Discuss.” Masako Shirakami (Kurashi Create Representative and NPO Ask Net Advisor), who works as a career education coordinator to connect schools and local regions, provided us with topics of discussion. First, she taught us about the Career Bridge program, which is in high demand from high school teachers, where students can experience both a day at college and a day working at a company. She concluded by saying, “Considering the all-important SDGs pledge of ‘No One Left Behind’, it’s important that we think about what kind of education and schools are best for meeting each individual’s aspirations and life goals.”

During the group work many valuable opinions were shared. One such opinion was that rather than listing up many examples of successful attempts, it may be more productive to examine examples of failures in order to analyze what cause them to fail. Another point that was brought up by Sendai, both of our guests, and many of the participants was how important it is to have people from outside the school get involved in the school’s activities.