Report on LGBT and education dialogue 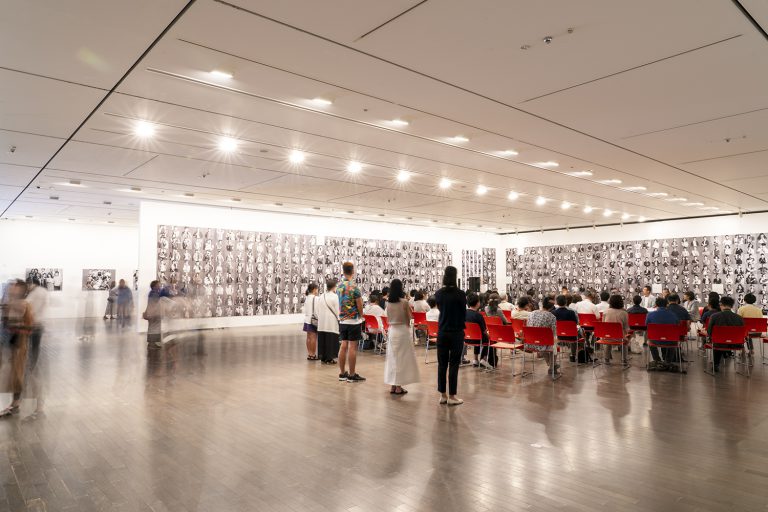 The dialogue was as part of the Kanazawa Rainbow Week 2019: Creating an Inclusive Kanazawa Together, with No One Left Behind in the SDGs. A photo exhibit of around 2000 people by the LGBT Coming Out Photo Project: OUT IN JAPAN was simultaneously held at the venue. Holding the dialogue event within that space turned out to be a great opportunity to deepen our understanding of LGBT issues and think of ways that the schools and the community can help.

Matsunaka, who manages the operations for the Kanazawa Rainbow Week 2019, began the session by talking about the situation of LGBTs among other things and saying, “I hope more people realize that LGBTs are all around us.” Hase said, “LGBTs are little understood in Japan. Rather than developing laws to eliminate discrimination, I would like to enact legislation that will mainly promote understanding.” Hagihara added, “Discrimination against women presidents used to be awful. I believe that someday LGBTs will be naturally accepted as well. To make this happen, we must get various stakeholders involved and promote understanding of LGBTs.” Shibata responded by saying, “We need diversity in teachers in order to (notice and offer support to each children) for adapting to the diversity of children.” Matsunaka closed the session with a hint of hope, “Ultimately, I wish for a world where I can have a conversation in which I can say ‘I have a boyfriend’ and the common response will be ‘That’s good.’”

Maeda commented, “I think it’s important to follow up on teachers as well. If we can create an open environment inside the faculty room, then we can create a culture of acceptance and diversity throughout the school.” Matsuoka said, “I think it’s important to be mindful that our words are respectful of sexual diversity. When asking something like ‘Got a new boyfriend?’ we can ask ‘Have you met someone?’ instead.” Suzuki narrated, “When I came out at work that I was gay, I was told to stop revealing such private matters in the workplace. We are all humans, with failures and other things that are to confide to someone else. But I learned from my students in class that revealing such things and accepting them is a chance for us to get to know each other more deeply.“ Yakushi added, “When LGBTs come out, it is very encouraging for them to see people responding with a willingness to know more, even if they didn’t know anything about LGBTs, and giving support through dialogues.” The panelists spoke out with many personal experiences.

According to a survey, the Hokuriku region has the highest percentage of people with negative views on homosexuals. There may be various social circumstances underlying this result, but understanding and accepting minorities and other people is extremely important if we are to realize a society in which no one is left behind. LGBT may still be an unfamiliar term to many of us, but it seemed like all the people who participated in the Rainbow Week and the dialogue event have learned a great deal from them.