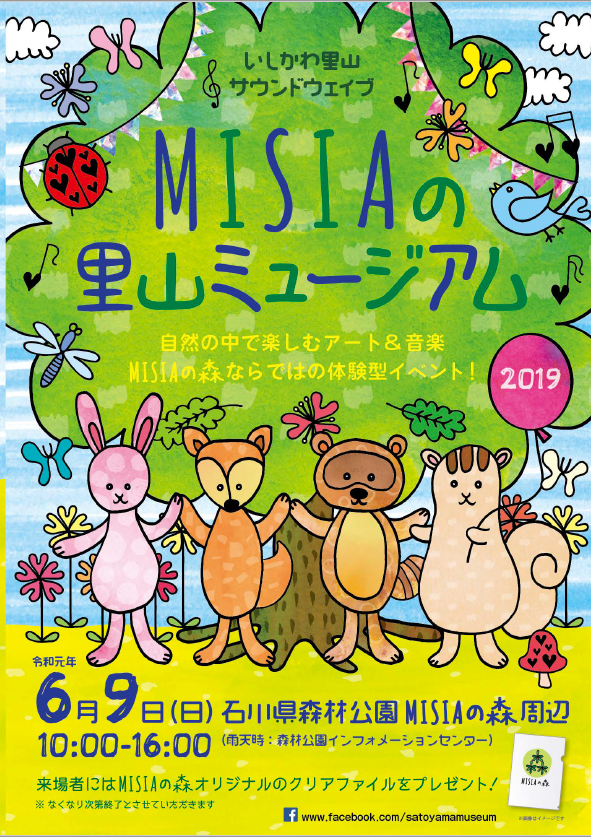 This report summarizes the participation of OUIK at the MISIA Satoyama Museum event, which took place within the MISIA Forest area of Ishikawa Forest Park. On the occasion of the COP10 (the 10th Meeting of the Conference of the Parties to the Convention on Biological Diversity), the Japanese singer MISIA was appointed as an ambassador for biodiversity conservation, at which point she decided to establish “MISIA Forest”, which is situated within Ishikawa Forest Park in Tsubata Town, in order to promote biodiversity awareness in the Ishikawa prefecture.

The purpose of the event was to educate people about forest conservation through artistic and musical means. More specifically, it was focused on educating people about the links between food and Ishikawa Prefecture’s Satoyama agricultural environment. The OUIK set up its own booth as well which was decorated with SDG-panels.

The event started off with an explanation of the concept of Satoyama. A mountain is called Satoyama when its ecosystem is maintained through human intervention—for instance, through the felling of trees in specific areas, which permits more light to seep into the forest, thus allowing a diversity of life forms to thrive. The raw materials obtained can also be used to satisfy a variety of human needs. However, due to the aging of the population and a lack of maintenance in recent years, the diversity of lifeforms is diminishing.

One goal of the event was to spread awareness of the fact that oftentimes a forest properly maintained through human intervention is healthier than a forest left to itself.

Additionally, a workshop on the inoculation of the Shiitake-mushroom was held, where participants could feel firsthand how the forest and its resources are directly linked to the notion of food.